He get into a partnership agreement with Marina Vista Management, a good reliable construction company based in Uvita in the southern pacific area, to offer together with VMC Construcción, building services for his clients.

He is hired like Project Manager for the second stage of Marisol Condominiums Project in Dominicalito, Osa; consisting in the construction of two towers of apartments and the common areas. The project was finished by the middle of 2015.

Continue his labor like project manager, now with Green Coast Pacific Ltda. a sister company of Punta Dominical. In this phase he was in charge of other different projects like a condo hotel development and several horizontal condominiums realizations until the end of 2012.

Got hired at M&M Módulos y Materiales de Concreto S.A. like estimator and engineering department director. At the end of the process he finished his assignments in the company being Project Manager and Associated Engineer until 2007. 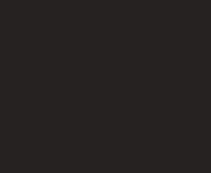 Started to work for Punta Dominical S.A., a south pacific based developer of luxury touristic projects. He was project manager and was responsible of the design team coordination, planning, budgeting; as well as cost, time and quality  control  during execution for a vertical residential condominium project.

Chris involvement on the Southern Pacific Zone of Costa Rica continues; designing, developing and getting into reality luxury projects for the most demanding clients. 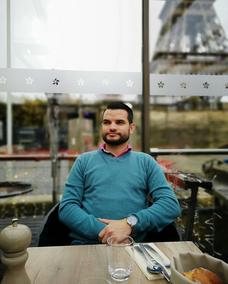 Christian was born in San Isidro del General, the main city of the southern county of Pérez Zeledón, Costa Rica. Raised in a middle class family, from his earliest years he learned the principles and values of honesty, trust, hard work, and responsibility. He studied at a night high school in order to help his parents with their small businesses. After graduating with honors he moved to the central valley to start his university studies.

Christian is certified as a Construction Engineer from the Instituto Tecnológico de Costa Rica. He  also  graduated from the Masters degree program in Project Management from the Universidad para la Cooperación Internacional. Prior to contracting with Punta Dominical, a large development company in the Southern Pacific zone in 2007, Christian led the engineering department of a San José based construction company and was an associate engineer. His experience includes more than 50,000 m2 on design and technical direction in residential, commercial, industrial and tourist projects throughout the country.

In 2010 he founded VMC Construcción y Administración de Proyectos, a corporation based in Dominical. It is a consultant and construction company focused on providing high-quality services for the construction industry in the Southern Pacific zone, a place he fell in love with, in the areas of design, project management and construction supervision.

Chris is a proud father of two beautiful and  intelligent young ladies. His daughters reside in San José, so he travels from there to the beach on a weekly basis, providing not only premium services to the most demanding clients in the south, but also making important diligences for his projects at the country's capital as needed.

Started his involvement in the construction industry, working like draftsman and engineering assistant -before to be graduated- at Prefabricados Nacionales del Oeste S.A. based in San José, C.R.